I am not alive or dead. My muscles are wood and my skull is cracking. I swear it’s cracking. Someone’s tightening my heart like it’s a screw and I hear the world from underwater. Sound and images blur, broken like my brain.

In truth, I have no idea how I built this blog sleeping once every four days. That’s on a good month. But I’m not writing to detail the insomnia hell that’s been my life these twenty-five years. In fact, I’d rather not get into it so please respect my wish on the comment board. I write to share a breakthrough I’ve experienced because while I have felt completely alien among the people in my life who look so rested and functional, over 60 million people are supposed to suffer insomnia in America alone. If you happen to be among them, yes, I’ve read your posts. I’ve plenty understood. You might find freedom from your living nightmare here. Or maybe you can share this treasure with someone who is suffering. 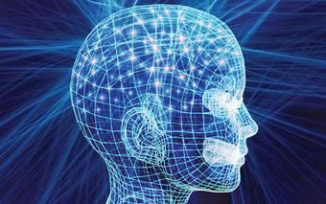 I heard about Sleep Tracks from a doctor over the summer. Familiar with neurofeedback and the fact that our alpha, beta, theta brain waves are supposed to be running in a certain pattern, I saw the validity of what I was reading and got the tracks right away. Yan, the mastermind behind these audios that reset your waves, offers a selection of tracks to help you find what is suitable for you. There are sounds for those who can’t shut down and for those who can’t stay asleep. Pulses to help you nap while enhancing your night sleep, pulses that ease anxiety. There was some stop-and-go while I experimented but I clocked in more sleep in July than I had the whole year up ’til then. I was off and running, able to attend the homeschool conferences and work on a music project – so productive that I couldn’t blog. After a little over a month, I had trouble sleeping with the tracks; my body was telling me I didn’t need them anymore. It was unreal. I could…just sleep. Life then threw a curveball and I’ve been in the process of disentangling from some unexpected challenges, but the tracks have been helpful again most nights. I can’t tell you the things I have tried and were willing to try over the maddening years. What works wonders for others would only aggravate my pains. But these audios have given me a taste of life beyond mere existence and survival.

If you get the audios, you are privy to an online sleep course with practical, useful guides and information that help you take ownership and regain control of your sleep issues. (I love Yan’s French accent.) If you want to talk to the man, he may take a day or two to get back to you but will provide knowledgeable guidance. As for those of you who’ve never had trouble sleeping, I think you’re weird. I find you very difficult to understand. (Wanna trade bodies for a day? A day in the !@#! life of Holistic Wayfarer. Will give you post ideas.)

We walk around self-absorbed.

He wasn’t very responsive over lunch. What’s gotten into him?
I’ve been so sick. I expected her to show more concern. How insensitive.
She’s kept away from my family and made me feel judged. How rude.
I won’t say what I really feel because he would think less of me.

We need to get over our self.

Our life is all about us, but their lives are not. Remember, as soon as we step outside and start interfacing with others, we have two people talking about the same thing from his own perspective, experiences, biases. Let’s look at the way this autobiographical listening plays out when we feel slighted or offended.

He just mumbled during lunch? Maybe he had a headache. Or a fight with his wife. More than one blogger who has emailed me has wondered why I didn’t get back to them right away. If they knew what I juggle, and the challenges I don’t write about (Wayfarer’s voice climbing)! I assure you I do more than my best to get back to readers on email and their site. And I suggest you don’t follow me through the filter of expectations based on the number of likes you leave me. I attribute part of my growth to the loyalty I show my awesome readers, but on weeks like these I just can’t keep up. I’m sorry some of you will fall through the cracks. If you think I’m talking right at you, well, how’s that for self-consciousness – though my head’s too full to be seeing names at the moment. One other thing. If you haven’t noticed, I boast an extraordinarily intelligent readership. Yours isn’t the only blog I want to visit.

Wish I tolerated alcohol. I’ll be nice again, next post.

Back to our All About Me list. Maybe your illness is too much for her because it replays Mom’s battle with cancer. Or she’d wanted to show more support but has been sick herself. What if some bad news had come her way? Think about the things that get a rise out of you or cause you to withdraw. These triggers tap buried wounds, insecurity, or pride which like to feed one another. Though I’ve attracted plenty of them over the years, I don’t do very well around needy people, those with fragile egos. Though my childhood could’ve been a lot happier, I was well grounded in parental affirmation. I need to be more compassionate toward those whose wounds from childhood still drive them to behave in ways that exasperate me.

A few years ago, someone returned my kindness with a persistent cold shoulder. My husband saw that she felt she didn’t measure up to me. She later confessed her sense of inadequacy under my shadow. I was baffled. Who ever said she had to mother like me? We are mothers in our own way, give our child what no one else can. She was 35 and still hadn’t picked a lane on who she was. Every time we talked things out the drawn-out wrestling match found me wiping the emotional vomit of her past off my face. My last words to her were one of peace and genuine well-wishing but for the sake of my health I had to cut off ties. There is probably a little delusionary confidence to this but I usually don’t take things personally. When this woman looked at me, it was not through a magnifying lens but a movie screen where I was just one character among thousands traipsing across the screen – many from her past. And the star of the film was not me, but her grand self.

To recognize we’re part of a bigger drama doesn’t justify our wrong. You well may have offended Jenny. But even though you really owe an apology, her response will likely still trace back to dormant issues – because Terry next to her would’ve laughed off your quip. In issues that spring from abandonment or abuse, the debt remains greater than perpetrator or victim usually can handle. But understanding that our parents or lover acted out of the dysfunction and poor parenting he, she inherited releases the steam valve so we don’t keep cooking in our anger. I’m not talking about exonerating those who commit heinous crimes.

Wrapping up our angst-ridden list. What about what people think of you? Oh, you swear they will think funny of you for what you did or wore? You really have to keep in good standing with John? Do you think your coworkers will remember your project three years from now? Humility is not thinking less of yourself; it is thinking of yourself less (C.S. Lewis). And trust me. You are on people’s minds a lot less than you think you are. Know why?

They’re busy worrying about what others think of them.